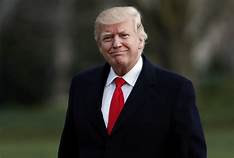 On Friday, the  administration released their annual report to Congress on White House Office Personnel It includes the name, status, salary and position title of all 377 White House employees. The report also said that Trump decided not to take a dime of his salary; instead he donated it to an amazing cause. The report also showed that President Trump is far better at saving money.
The total annual White House salaries under Trump are $35.8 million vs. $60.9 million under Obama, a savings of $25.1 million. Here are some other key findings: There are 140 fewer employees on White House staff under Trump than under Obama at this point in their respective presidencies. There are only five staffers dedicated to Melania Trump vs. forty-four staffers who served Michelle Obama (FY2009). However, it's what the report said Trump did with his salary that has everyone talking! Instead of taking his salary, Trump donated all $400,000 to the Department of the Interior where it will be used for construction and repair needs at military cemeteries! AMAZING! It's so great to have a President who loves our brave military men and women so much! Oh, and where's the media coverage of this? That's right, they don't cover anything decent that the President does.. BUT WE WILL!
Αναρτήθηκε από EFENPRESS στις 9:19 π.μ.