The congress was held online on Saturday, December 12, under the theme of “Determination of Principles and Procedures of Common Defense System for the Islamic Union.” In his speech retired general Adnan Tanrıverdi, head of the ASSAM steering committee and former chief military aide to Turkish President Recep Tayyip Erdoğan, presented the defense structure of the “Asrica [Asia and Africa] Islamic Countries Union.”

The union will be headed by a president; the presidential cabinet will include the defense, foreign affairs, interior and justice ministries based in Istanbul; and a joint army will be created under the defense ministry, Tanrıverdi stated in his online presentation. The Islamic army will consist of general staff, land, naval and air forces, an air defense and missile command, and a cyber and electronic security command, he said.

The Islamic Union Congress is a series of gatherings that started in 2017 and will continue until 2023. The fourth ASSAM congress will be held in Istanbul and focus on “the principles and procedures of the Common Defense System of the Islamic Union” and “the ideal defense organization model for confederation of ASRICA (Asia-Africa) Islamic Countries.”

According to the congress website, “Islamic countries have fallen into enormous chaos and disorders through the interference of the imperialist Western states,” and the third world war continues as an undeclared war against those countries.

Tanrıverdi also owns private military contractor SADAT, which many believe is a de facto paramilitary force loyal to the Islamist president of Turkey. He left his official position as advisor in January 2020.

Tanrıverdi has repeatedly called for the creation of an Islamic “army for Palestine” and defined Israel as the enemy of Islamic countries. Speaking at a conference held by the Union of NGOs of the Islamic World (Islam Dünyası STK’ları Birliği, İDSB) in November 2019 in İstanbul, Tanrıverdi stated that “the Islamic world should prepare an army for Palestine from outside Palestine. Israel should know that if it bombs [Palestine] a bomb will fall on Tel Aviv as well.”

“It was not possible for the Islamic world to give up on Jerusalem,” said Tanrıverdi at the İDSB event, titled “International Israel Ethnic Discrimination Conference: Dimensions, Applications, and Methods of Struggle.”

It is no secret that ASSAM is promoting the idea of an Islamic union to be spearheaded by the Turkish president. Last year the ASSAM congress was held in December with the participation of 44 Muslim countries and focused on defense industry cooperation of the “Islamic Union.” Speaking to the Turkish government’s anti-Semitic, anti-Christian mouthpiece, Akit TV, following a session at the event, Tanrıverdi said Islamic countries should produce their own defense materiel and weapons among themselves, claiming one cannot defy others with the weapons of others.

Tanrıverdi, an important figure in Erdoğan’s inner circle, announced during the 2019 Islamic Union Congress that his organization, which is fully funded and supported by the Turkish government, had been working to pave the way for the long-awaited mahdi (prophesied redeemer of Islam), for whom the entire Muslim world is waiting. SADAT was established in 2012 by Tanrıverdi and is currently headed by his son Ali Kamil Melih Tanrıverdi, who is the author of the book “The Return of the Caliphate.” At its inception, the company included 23 commissioned and noncommissioned officers from various parts of the Turkish military. Since then, SADAT has played an active role in in various conflict zones.

Turkey’s opposition lawmakers had asked the government about the alleged role of SADAT in training Islamic State in Iraq and Syria (ISIS) and Syrian al-Qaeda group Jabhat al-Nusrah (al-Nusra Front) fighters and the alleged close relations between Turkish intelligence agency MİT and SADAT. Moreover, SADAT was accused of training jihadists sent by Turkey to fight for the Government of National Accord (GNA) in Libya.

Nordic Monitor previously reported that SADAT has been conducting military training programs in Africa since 2013 with the help of bilateral security cooperation deals.

An article published by Tanrıverdi in May 2014 revealed that one of the main objectives of Turkey’s defense cooperation with African countries was to provide special training programs to their security forces. According to Tanrıverdi, Turkey should share its military capabilities with those countries enjoying close social, economic and political ties with the Turkish government. 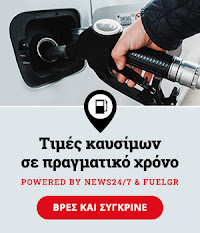