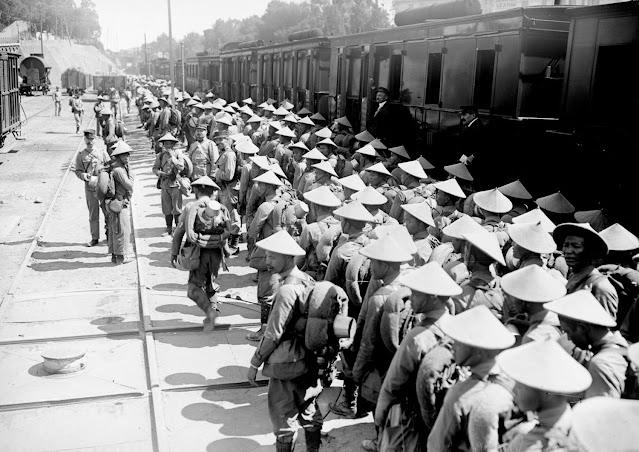 At the start of the war, the largest of the European belligerents were all colonial powers—they had people and valuable assets stationed all over the Earth. These multinational interests, along with overseas alliances and the modernization of sea transport, are what put the "world" in World War I. Enemy nations attacked each other's colonies and fleets, and laborers and soldiers were recruited from colonized countries, and brought to the front lines.